We would like to wish every single father a very Happy Father’s Day especially the Afro Caribbean fathers. May you have a wonderful day. Thank you very much for being leaders, teachers, protectors, providers and inspiration not only to your household, but to the community and all the future generations to come; keep doing these and more.

To celebrate Father’s Day, we decided to celebrate some men (this is not an exhausted listed- to learn more, the links are below under Reference) from the Afro Caribbean (including America) community who have had an impact on the world and in history.

In 1923, inventor Garrett Morgan invented the three-way traffic light amongst other things. Morgan inventions tend to improve systems and machines that were already in place. The two-way traffic light that was in place at the time caused many accidents which Morgan witness and came up with the three-way traffic light to make the roads a lot safe by adding the amber light as a warning for drivers to slow down and stop.  Morgan other inventions improved the gas mask, sewing machines, safety hood and smoke protector amongst other things.

In 1980 Dr Mark Dean worked for IBM as a Chief Engineer with a team of 12 others. Not only did him and his team created the first IBM Personal Computer he also co-invented and developed the colour monitor and first gigahertz processor chip in the late 90s. This chip allowed the processing rates at faster speeds in computers.

Paul Cuffee was an 18th-century sea captain of an all-black crew and a businessman. His parentage stems from a Ghanaian Ashanti man and an Aquinnah Wampanoag. Cuffee sailed the Atlantic Coast and travelling to Africa and Europe and he even helped the British to resettle freed slaves.

William Alexander Leidesdorff, Jr was one of the most successful ad earliest Mixed heritage businessmen in America. He gained success as a trade in the ship and logistic industry (by establishing shipyard, lumber yard, and ship chandlery shop) as well as the real estate industry (property industry) in the 1800s. Leidesdorff built San Francisco’s very first hotel, served as the city’s first treasurer and became the first African descendent to become a millionaire in America with a net worth of 1.4 million dollars at the time.

John H. Johnson founded the Johnson Publishing Company which published both the very popular Ebony and Jet magazines. To help support his venture Johnson took a $500 loan and borrowed it against his mother’s furniture. Johnson was the very first African American to appear in the Forbes 400 in 1982. He currently employs over 2,600 people and has sales of nearly $400 million.

Born Edson Arantes do Nascimento, Pele is a Brazilian football player (soccer player). Arguably he is considered one of the great footballers of the 20th century, if not, of all time and he is the player that has won the most world cup (three in total- 1958, 1962 and 1970). Pele is an advocate of overcoming poverty as well as a global ambassador for sport.

Michael Jordan is an American six times NBA champion and is considered the greatest basketballer of all time. He is one of the pivotal players in popularising the sport of basketball not only in his home country but internationally.

Usain Bolt is an iconic, record-breaking Jamaican athlete. He is a triple gold medallist at three consecutive Olympics (2008, 2012 and 2016) and holds the records for both the 100metres and 200metres.

Mohammed Ali is thought of as the greatest boxer to ever live (to date). He is famous and admired for his boxing skills as well as his beliefs and principle; for example, he took the controversial decision not to fight in Vietnam

Jesse Owens won 4 gold medals at the 1936 Berlin Olympics; this Olympics were thought as the “Hitler” Olympics due to the climate of the era, Owens faced many racism and discrimination whilst competing.

Abebe Bikila was an Ethiopian marathon runner who became the first African to win a gold medal in the 1960 Olympics game. He is a double Olympics champion (1960 and 1964) and even competed barefooted.

Bob Marley is a world-famous, cultural icon and globe music superstar from Jamaica. He helped to make Jamaica Reggae an international sensation with his songwriting skills and his concise music.

Michael Jackson is an American musical entertainer who was a pioneer of music videoes and making the channel MTV change course. Jackson’s Thriller video made record companies realised how important videoes are, and what great marketing tool they can be. Record companies started investing money in creating videos and this became a must for any artist. Jackson also made MTV played a lot more Pop and R&B music (MTV was only interested in Rock and alternative music such as Indie) after the Thriller video made the Thriller album the biggest selling album of all time.

Quincy Jones is a well-respected American Producer and Musician (he plays multi-instruments) who produces both music and entertainment shows. He has worked with people such as Michael Jackson, Prince, The Beatles, Will Smith just to name a few and have produced shows such as The Fresh Prince of Bel-Air.

Mansa Musa ruled Mali, a landlocked country in West Africa that produced fifty per cent of the world’s gold and salt at the time of his ruling. Mali natural resources made Musa the riches ad wealthiest person of his time.

Haile Selassie was Ethiopia Emperor from 1930 and inspiration in helping Africa nations fight for independence when he stopped the invasion of Italy on Ethiopia.

Kwame Nkrumah became Ghana’s first beloved president when they gain indecent from Great Britain. Nkrumah was an advocate of Pan-Africanism and African independence. 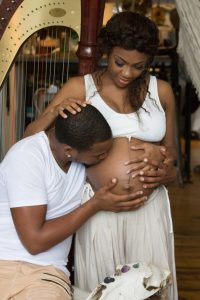 The Voice (2017, 2020); Five Black Male Inventors You Should Know; The Voice: https://archive.voice-online.co.uk/article/five-black-male-inventors-you-should-know

Photo by Andre Adjahoe on Unsplash

Photo by Tim Mossholder on Unsplash